Vanya Zhuk & Polina Shepherd come together for a short & sweet intercontinental house concert online. Vanya will be performing from Moscow and Polina will join with a few songs from her house in Brighton UK.
Vanya Zhuk is a Moscow-based singer and guitar player. He started with blues and rock, then developed interest for roots music and formed a klezmer-rock band Nayekhovichi. He plays traditional Russian 7-string guitar, like Oleg Timofeyev (already known to this series’ audience), and sings Russian Roma and Yiddish songs. He also plays lead guitar with many singers, including Daniel Kahn and “Gitar-gitar jump in my jaguar” guy Peter Nalich.

Polina Shepherd, called The Robert Plant of klezmer by Seth Rogovoy (The Essential Klezmer), will present a few songs in Russian and Yiddish.
Join free of charge, voluntary payments are welcome.
This concert is part of Sing With Me! Russian & Yiddish Song Classes + Concerts on Zoom
ZOOM meeting information will be on this page a few hours before the concert 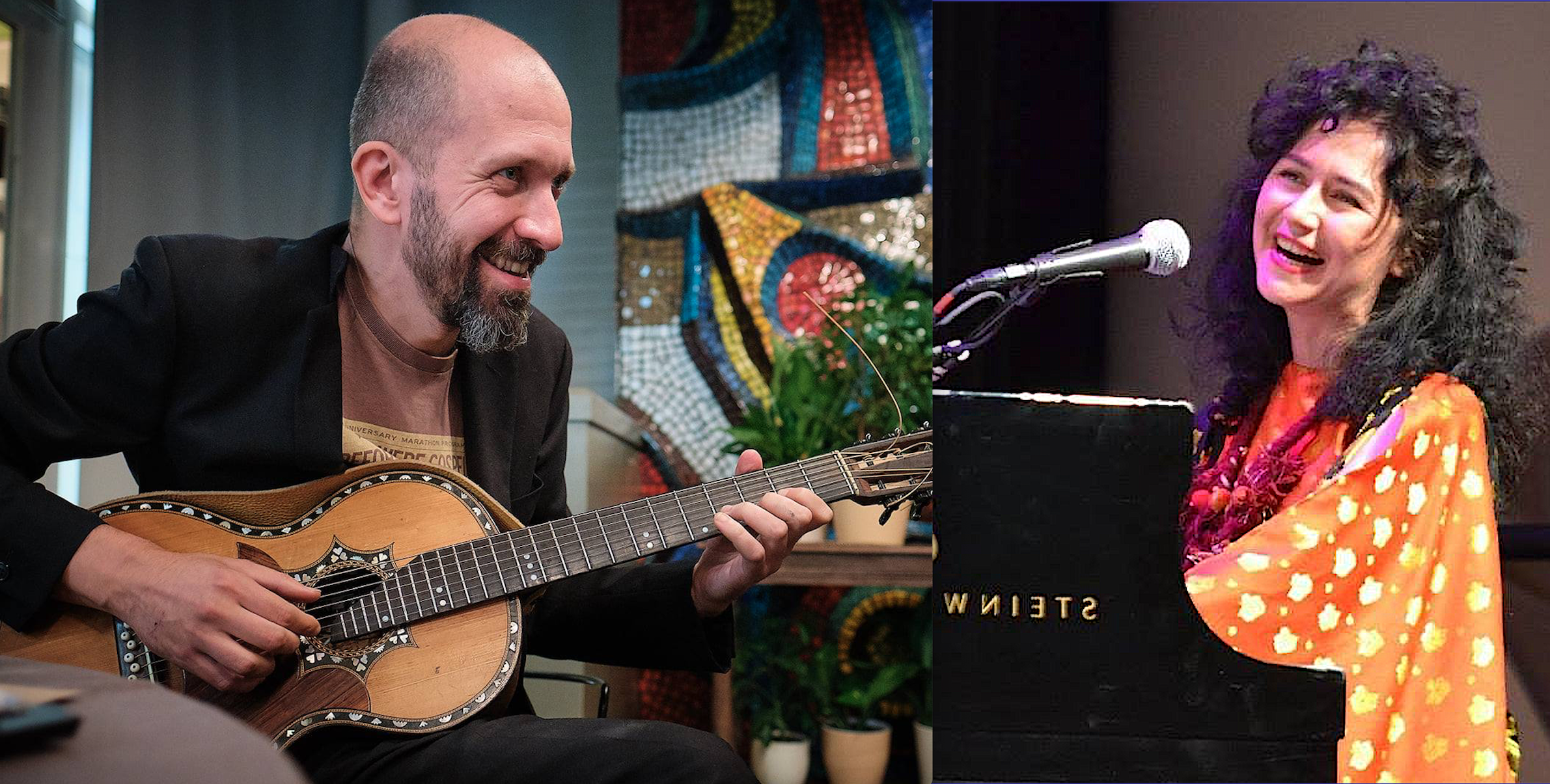