Playing Music from several linked cultures and maintaining the styles, they also incorporate improvisation, freedom and spontaneity. With a unique approach and dynamic, they perform Klezmer, Turkish, Russian, Greek, and Romanian Music and they weave a sound that, so like Music from these countries themselves, moves the listener physically, emotionally and spiritually.

Kriwaczek & the Shepherds recorded an album of Polina’s songs  in May 2014, Three Centuries Ago: 10 songs in Russian and Yiddish and a traditional prayer Avinu Malkenu as a bonus track by popular demand.

Rohan Kriwaczek is a British writer, musician and conceptual researcher of part-Austrian descent. He is a prolific creator of classical works, scores for theatre, TV, and radio, he has become best known as England’s foremost authority on the history and practice of Funerary Violin. His most recent project is The Saddest Bagpipes in the World is beautifully represented in this project… www.rohan-k.co.uk

Polina Shepherd (Skovoroda) is one of the first generation of musicians of the Yiddish revival scene in the former Soviet Union. Whilst living in Kazan (Tatarstan, Russia) and studying at the State Academy, Polina joined Russia′s first klezmer band after Perestroika, Simcha and toured in dark Soviet theatres in 1990-2000. Now living in Britain, Polina continues to tour internationally as a Yiddish and Russian singer. Her compositions including music for theatre shows, large scale choir compositions performed by soloists and choirs all over the world. read more

Merlin Shepherd is among the world’s leading players of traditional Klezmer clarinet and his music is a powerful and emotional force that redefines the instrument. Bringing into his palette flavours from Turkey and the Mediterranean, his sound is unlike any other. Based in UK, he works internationally with his own quintet Hamsa and collaborates with bands, orchestras and soloists from all over the globe, where he is constantly in demand as a performer and educator. www.merlinshepherd.co.uk

Ari Davidow review of Three Centuries Ago on KlezmerShack:

The standout voice, the woman everyone wanted to hear at this year’s Ashkenaz Festival was Polina Shepherd. Readers of these pages over the years will not be surprised—you have read reviews of her singing with choirs, with brass bands, with just her husband, Merlin Shepherd, and friends. She plays an amazing piano, but it is her voice that you notice. Amazing range. Beauty, and a force of nature. Born in the former Soviet Union, this recording is a tribute to both her Russian and Yiddish roots. She sings of love and longing, universal yearnings, whether, say, in the Russian “Silver Birch” or the more modern Yiddish of “Birch Tree;” from folk melodies, to Eastern European “scat,” here a wordless prayer in “Ay Yay Yay;” whether the text comes from the Song of Songs, “Place me like a seal,” her own poetry (most of these pieces), or evokes life, itself, in the Yom Kippur plea, “Avinu Malkeinu” (Our Father, Our King). 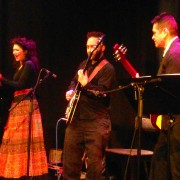 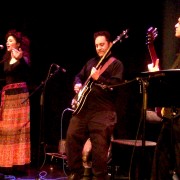 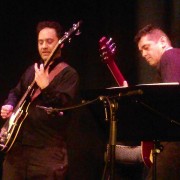 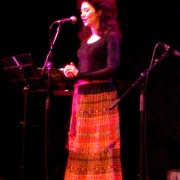 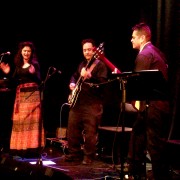 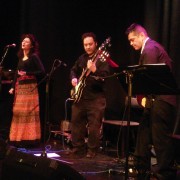 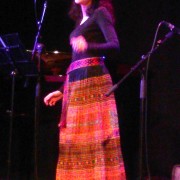 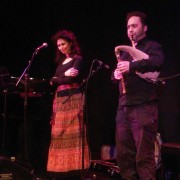 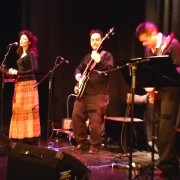