Singer Polina Shepherd was born in Siberia in a musical family and has a long affiliation with Eastern European Jewish and Russian music. She combines virtuoso vocal talent with raw emotional delivery. 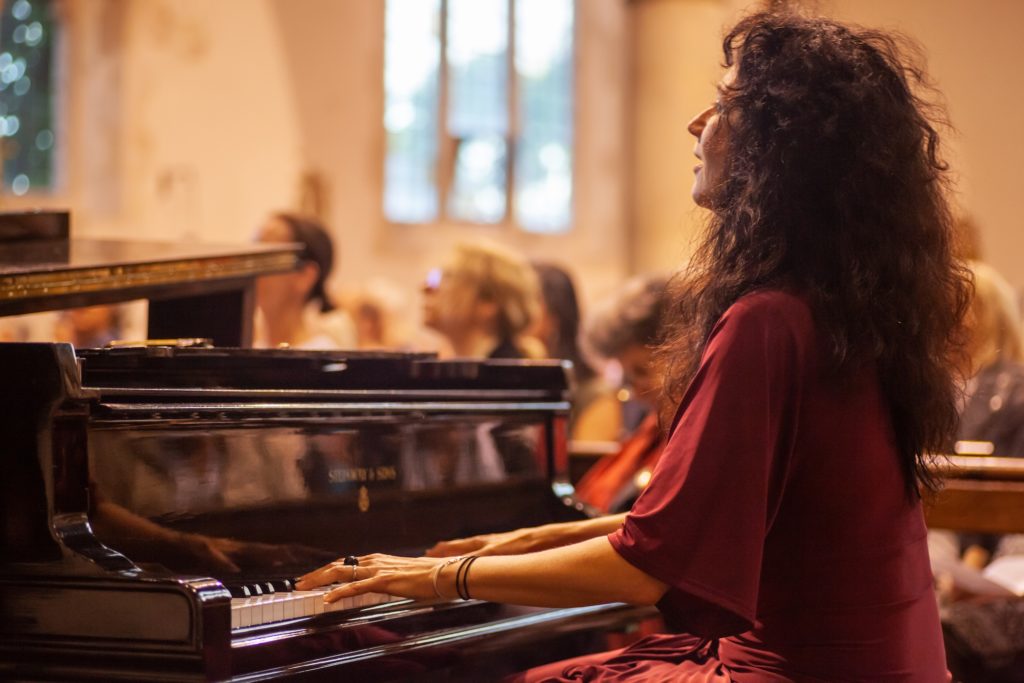 Polina's singing is based on traditional forms and cuts a unique sound deeply rooted in east European Jewish and Russian folk song.Growing up in Tatarstan also placed her close to Islamic ornamentation and timbre which can be heard in her unique vocal style and four octave range. For her vocal power, she has been called the Robert Plant of Klezmer (Seth Rogovoy, The Essential Klezmer).

As a solo performer she presents a variety of original songs in Russian and Yiddish, often composed to her own poetry. She also performs a lot of folklore and interprets classical pieces, all with attention to the original styles.

She sings about beauty in the heart surrounded by madness in the world, about inner power, deep humanity and spirituality. Her multi-lingual, multi-cultural, and multi-faceted weave of songs takes one on a deep emotional journey.

Performed a cappella and with piano where the voice and the piano sound merge in one sonic wave, often improvised and never the same. Concerts are often performed non-stop and ofter include audience participation.