BBC World Service. The Forum. YIDDISH: A STORY OF SURVIVAL

At its height, Yiddish, the language of the European Jews, was spoken by more than ten million people, from Russia in the east to the Netherlands in the West. But by the mid -20th century, these numbers were severely depleted following the Holocaust, and then the creation of the modern-day state of Israel where the speaking of Yiddish was discouraged.

So what does the future hold for this endangered culture with its great tradition of writers and thinkers? Joining Rajan Datar are Aaron Lansky, the director of the Yiddish book centre in the US, who helped save more than a million Yiddish books from destruction; the Jewish-Russian composer and singer Polina Skovoroda Shepherd who writes new songs that still remain within the Yiddish tradition, and Dr Lily Kahn from the Hebrew and Jewish studies department at University College, London, who’s also the author of “Colloquial Yiddish”. 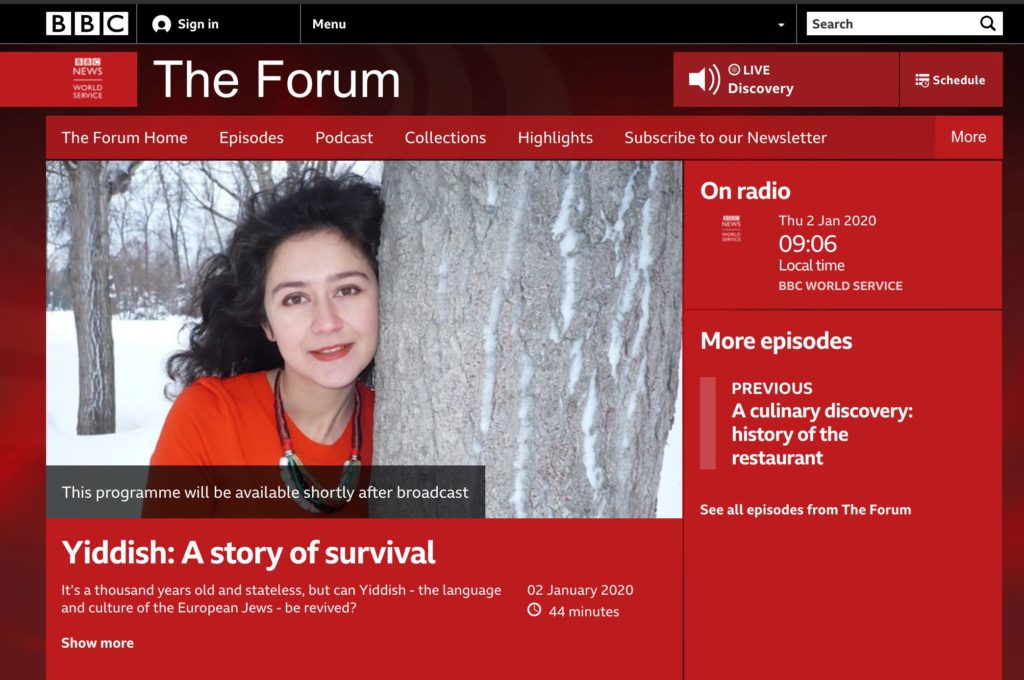 In the UK, the first broadcast will be on Thursday 2nd January at 9’06”, midnight on Friday 3rd January and Sunday 5th January at 15’06”.
Please go to http://www.bbc.co.uk/faqs/world_service_howtolisten for times and how to listen.